The ABS has released statistics from the 2016 Census (remember that thing we filled out?) on retirement from the 9.4 million Australians aged 45 years and over.

Out of this above age group, 65% had made superannuation contributions which comprised of more than three quarters of retired men in comparison to just over half of retired women.

PERSONS AGED 45 YEARS AND OVER WHO HAVE RETIRED FROM THE LABOUR FORCE
Selected main source of personal income at retirement, By sex, 2016–17

For those who have already retired, statistics alarmingly showed that the number of women with no personal income was three times more than men (see figure above).

It’s also worth noting that just under half of women who were recently retired reported their partner’s income as their main source of funds, in contrast with only 9% of men.

These figures follow the trend seen since the 2011 census, which showed many older women on low to middle incomes don’t own their own home.

This provided further evidence to a growing body of research by academics and community groups who have identified older, single women are increasingly vulnerable to housing stress, insecurity and homelessness.

Women in this age group lived in a very different Australia where there was no superannuation guarantee, are generally dependent on their partners income as they were often encouraged to resign after getting married, look after children and coupled with the current housing affordability crisis in Australia, many face homelessness or unsuitable living conditions.

Last year SBS’s Insight program presented a group of older women who had turned to very disparate ways of solving their housing insecurity with some of them living in caravans or relying on house sitting jobs for a roof over their head.

With an aging population, community groups have called for parliament to launch an inquiry into the prevailing issue.

What Can Align Financial Do For You? Visit our homepage to learn more about our service.

If you would like to speak to us about your financial circumstance, please feel free to give us a call on 02 9913 9995. We are located in Narrabeen on the Northern Beaches of Sydney.

Disclaimer: This post has been prepared for general information purposes only. It is not specific advice to any particular person. You should consult an authorised Align Financial adviser before making financial decisions. 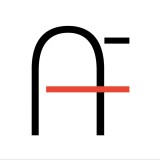